The Importance of Today’s Pilot 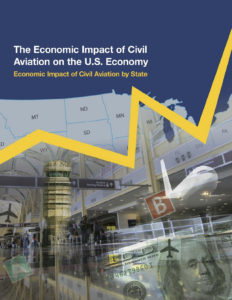 There is no disputing how important the aviation industry is to the U.S. and world economy.

The aviation industry supports 65.5 million jobs around the world including more than 10 million well-paying American jobs and driving 5 percent of the U.S. gross domestic product and nearly $1.7 trillion in annual economic activity.

Globally, commercial airlines carried more than 4.5 billion passengers in 2019 and are expected to generate 581 billion U.S. dollars in global revenue in 2020. Air transportation also plays an important role for tourism, contributing to economic growth, especially in developing countries. The number of international tourist arrivals increased from 1.32 billion arrivals in 2017 to 1.4 billion in 2018; more than half of tourists chose to reach their destination by air transportation.

Included within these impressive numbers are General Aviation’s strong contribution to the U.S. Economy.
A study recently conducted by PricewaterhouseCoopers LLP, 1 determined that general aviation supports a total 1,179,200 jobs and a total of $246.8 billion in total economic output in the U.S.

“General aviation continues to be a positive contributor to our nation’s economy and benefits thousands of communities,” said Mark Baker, AOPA president and CEO. “We must also continue working together to inspire the next generation of pilots and aircraft technicians and recognize this uniquely American industry and its exceptional impact on our country.”

“This report confirms that general aviation is an economic powerhouse in America,” said Jack J. Pelton, CEO and chairman of the board for the Experimental Aircraft Association. “More than the impressive numbers, however, general aviation represents the best of our country: Innovation, freedom, and a continuing reach toward progress that is encompassed by individuals pursuing their own dreams of flight.”

“As this important study reminds us, general aviation remains an essential and powerful contributor to our nation’s economy, providing critical services to citizens, companies and communities across the country,” said National Business Aviation Association President and CEO Ed Bolen. 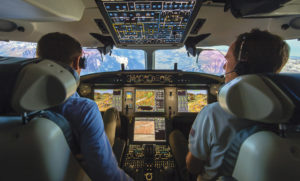 Pilot Shortage
Boeing CEO Dennis Muilenburg believes a growing shortage of pilots represents “one of the biggest challenges” facing the airline industry. Boeing has projected that aviation will need 790,000 new pilots by 2037 to meet growing demand, with 96,000 pilots needed to support the business aviation sector. With the projected growth in air traffic, and as current industry professionals retire, there will be a need to recruit and train thousands of new staff. Airlines need more staff, particularly in highly skilled roles such as pilots and maintenance technicians.

Bob Seidel, an experienced pilot and CEO of air charters company Alerion Aviation, says the pilot shortage also threatens private aviation. Higher standards pit private and business aviation against commercial airlines, all competing for a dwindling pool of qualified pilots. Baby Boomer pilots who are the largest number — almost 50% of the pilots flying today — are about to retire. And over the next 20 years, commercial passengers are going to double.

In Conclusion
It’s been well established that the aviation industry is a leading driver in today’s economy – an industry that is expected to continue to grow. And in order to sustain its own successes, the search for much needed new pilots is already taking place.

And where will these pilots come from? You guessed it, from flight schools and small general aviation airports across the land. Just like our beloved Old Bridge Airport.