Born in Oxford England to his U.S. Citizenship parents, Jonathan Goldstein got the aviation bug at a very young age from watching F-4 Phantoms overflying their home in Germany. By the age of 13 he decided that he wanted to become a U.S. Air Force pilot.

Jonathan graduated from an American High School in Vicenza, Italy and then attended Lehigh University in Bethlehem, PA on an Air Force ROTC scholarship where he earned a finance degree in 1991. He was then commissioned as a Second Lieutenant in the Air Force.

While he waited for his Air Force pilot training date, Jonathan earned his private pilot’s license in a Cessna 152 at the Queen City Airport in Allentown, PA. 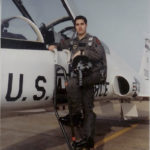 In 1992, he attended pilot training at Columbus AFB in Mississippi where he flew a Cessna T-37 “Tweet” jet before moving on to the supersonic Northrop T-38 “Talon”. 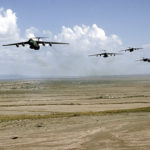 After earning his wings in 1993, Jonathan flew the Lockheed C-141B “Starlifter” at McGuire AFB. Within a couple of years he upgraded to aircraft commander and became qualified in air refueling, airdrop, and low level formation flying.

Four years later he was back in Columbus as a T-37 instructor pilot turning “pedestrians into pilots”. As the Chief of Training, he was responsible for the initial and recurrent training of all the instructor pilots in the squadron. 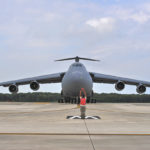 About nine years later, Jonathan chose to separate from active duty to pursue an airline career while continuing to serve part time in the National Guard. He settled in New Jersey and was hired by the Air National Guard unit at Stewart airport in Newburgh, NY where he flew the C-5A “Galaxy” which was the largest airplane in the U.S. military at the time.

During his C-5 initial training, American Airlines called with a job offer and hired Jonathan in August of 2001. Several weeks later, the September 11th attacks occurred and he was furloughed before ever getting the chance to fly as an airline pilot. Shortly afterwards his C-5 squadron was mobilized and Jonathan was called up to fly full time in the National Guard. For the next five years he carried everything from Humvees to helicopters in and out of combat zones. 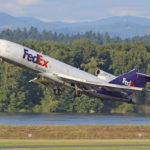 In 2005, he accepted a position with Fedex on the B-727 and after a year “on the panel” Jonathan took a voluntary military leave of absence and returned to the National Guard full time as a C-5 instructor pilot. In June of 2013 Jonathan retired at the rank of Lieutenant Colonel, with over 5200 hours in the C-5 and over 8000 military hours including 192 combat sorties.

Upon retiring, Jonathan returned to Fedex full time where he flew the first officer’s seat of the Boeing 777F (Freighter). Most of his flights were international with typical layovers in Paris, Osaka, Dubai, Hong Kong, Singapore, and Shanghai.

In 2010, inspired by a squadron mate’s polished Cessna 170, Jonathan decided to return to his general aviation roots and found his way over to see Alyson at the Old Bridge Flight School. After getting checked out in a Cessna 172 he began to browse through Trade-A-Plane magazines looking to fulfill his dream of owning his own aircraft. 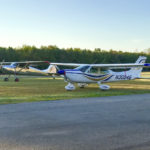 It took two long years before he could find the perfect plane but Jonathan finally purchased a 1971 Cessna 177B “Cardinal” and in August of 2012 he flew his new aircraft from Virginia to its new home where she still resides at the Old Bridge Airport. 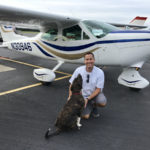 Today, while still flying for Fedex, Jonathan continues to enjoy flying his Cardinal having made trips to Sun-n-Fun, camping out under the wing at Oshkosh, flying rescue missions for Pilots N Paws, and Young Eagles flights with the EAA.

Jonathan lives in Freehold with his wife Gayle and their two children and it is an honor to have him based with us here at the Old Bridge Airport. His desire to give back to the aviation community and his service to our country are very much appreciated by all.